As we approach the end of August I am pleased to report that all of the cereals are safely gathered in. From our 300 acres of oil seed rape we yielded an average 1.9 tonne per acre, the best output we’ve ever had from the crop. The weather meant that the wheat was not as productive as we had hoped, but we still managed 3.6 tonnes. We also sowed spring barley in a bid to try and control the black grass, this however didn’t prove fruitful at all, with the weather wiping out the crop entirely and breaking the ears. Anyway, next year is another year and we move onward in preparation for 2018. 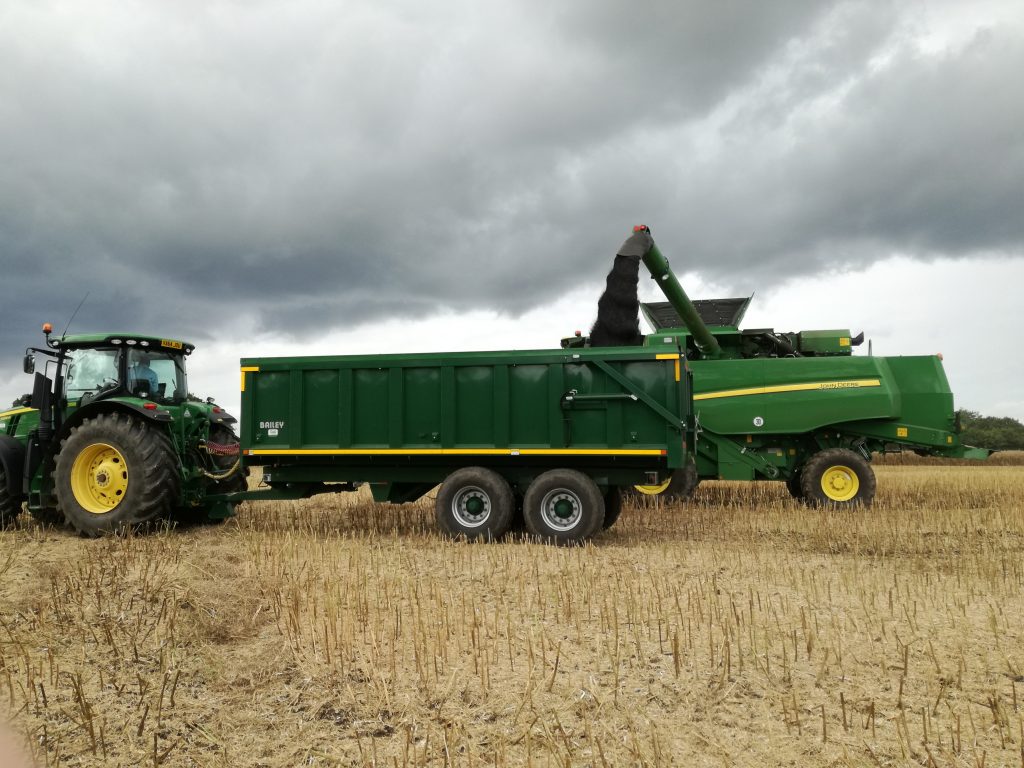 Though there seems to be a week or a day in celebration of everything under the sun these days and they can get quite tiring and occasionally just plain daft, one that I do appreciate is British Food Fortnight, which celebrates the harvest and the hard work that British farmers and producers go to, to put food on tables up and down the country. It’s coming up towards the end of September so keep an eye out and I’d encourage you to use it as a time to make a more conscious effort to buy local and support British.

A close friend of mine turned 60 this year and decided to do 60 things in his 60th year. One of these things was to go to a gig abroad. I just so happen to follow a Scottish cult band called Run Rig who were playing in Hamburg and I couldn’t resist the opportunity to bike over there with him to see them. We went via the channel tunnel and back on the ferry from The Netherlands. My new bike is fantastic and so much lighter than its predecessor.

We have upcoming, a Becketts Farm app, something I thought I’d never say. I am always astounded at how quickly technology is advancing and I am trying to be open-minded and not frightened by it. My marketing team persuaded me that we needed one, and so I listened and learned from what they had to say. It’s still in development but watch this space.

Our restaurant manager Jim Thompson turns 50 on Monday (there’s even a state bank holiday to celebrate it – or so he keeps trying to convince us all). Jim is such a valuable part of the team here, he’s been with us since 22nd March 1999 and in those 18 years that he has been here he has grown the restaurant side of the business to 4X the size of what it was when he joined. I say ‘he’ has grown the restaurant, but without his wife Lynne by his side supporting him and agreeing to move their young family all the way from Liverpool those 18 years ago, we all know it would have looked different – he maintains that Lynne always has the good ideas.

There’s a family fun weekend on site at the moment with a kid’s fairground including mini-rollercoaster. I enjoyed taking my grandson Thomas there last year, in particular watching him enjoy the old fashioned helter skelter and I hope I get the chance to take him again this weekend. It’s always difficult trying to keep the children entertained over the long Summer school holidays but with the weekend set to be dry and sunny, this makes a great trip out for the family. 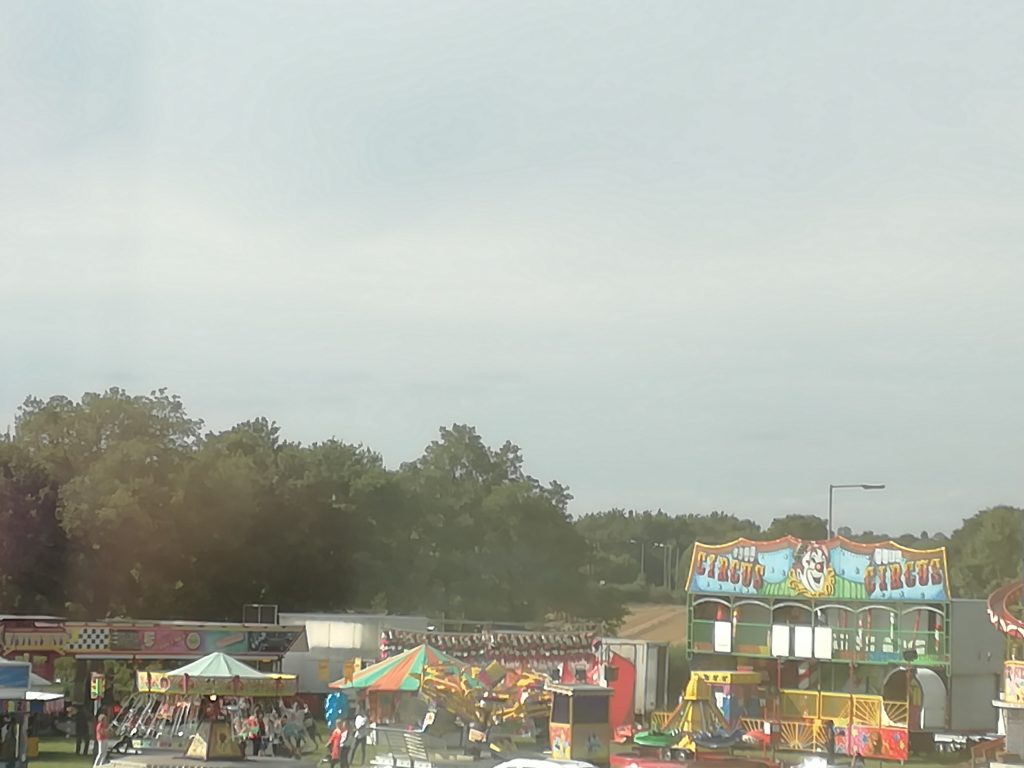 On Friday 1st September we’ll have the Alzheimer’s Society on site with their Dementia Roadshow, offering expert support and advice to those who need it. It’s worth popping past even if you don’t feel personally affected by dementia – an improved awareness of the disease is something everybody could try to gain and it would make for a much more accepting and tolerant society – it’s a disease currently affecting 850,000 in the UK alone. 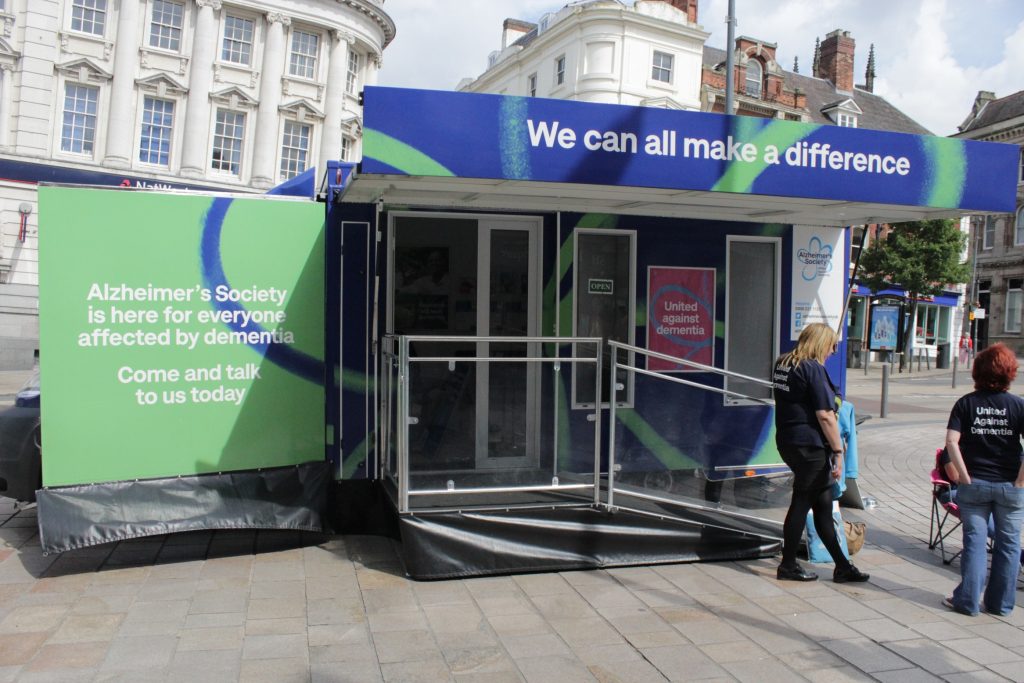 Some of the Becketts Farm team have been trained up as ‘Dementia Friends’ as we try to make our business a more dementia friendly place to visit. 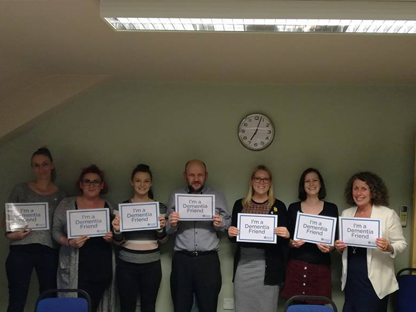 Coming up over the next few months, we have our Drive in Movie nights in September. Beauty and the Beast has already sold out, but there are tickets available still for Top Gun on 14th September. I was surprised initially that Beauty and the Beast was more popular than the classic Top Gun, but then I have always been a sucker for Disney films. My father, Alan saw Snow White and the Seven Dwarfs 27 times at the picture house back in his 20s when it was first released – true fact!

I hope that we can welcome you here soon.