This Christmas lots of us will be enjoying a traditional Christmas dinner. But do you know how much work goes in to this before it arrives at your dinner table?

At Becketts Farm we love to support local farmers and producers, with superior fresh local produce. Here we have just a few Christmas traditions that we love here at Becketts.

Did you know that Mince Pies have been around since the days of the crusade, it all started when the knights brought back raisins and spices from the middle east. The spices helped preserve the meat inside the pie. Mince Pies used to contain meat such as beef and lamb.

During the Victorian Era, when a sweeter taste was preferred more sugar and fruit was added instead of the meats. The size was changed to the round pie we know today, compared to the large rectangle pies of old.

At Becketts Farm we produce Mince Pies fresh from our Bakery, using the highest quality British ingredients. In Britain over the festive season we will consume over 370 million mince pies! That’s on average 27 mince pies each.

The turkeys we use at Becketts Farm are Worcestershire Caldecott turkeys from a farm just 1 mile away. These birds are farm fresh and locally produced, so you can be assured of a Totally Local Christmas. Speak to Mike and his team of expert butchers who can advise on the right size of bird for your Christmas dinner.

Did you know that last Christmas we consumed over 10 million turkeys. There are 3 main type of turkey, Bronze, Black and White. Turkeys originally came from Mexico and were introduced in to Britain in the 16th century. When Prince Albert proclaimed how much he enjoyed turkey, it swiftly became a national favourite.

Now, love them or hate them but sprouts are a traditional part of our Christmas dinner, originally coming over from Belgium over 400 years ago. In the UK we consume around 14,000 tonnes of them over the festive season.

Did you know that up until the 16th century carrots were purple, white and yellow. It was because of a celebration for the House of Orange that carrots where cross pollinated to create the orange carrots we know now. British orange carrots are currently available in our Farm Shop. 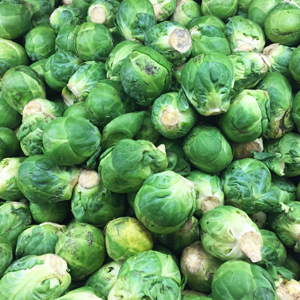 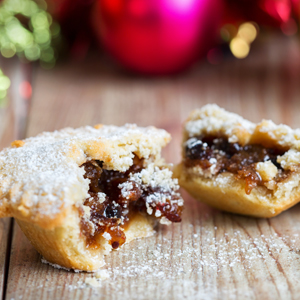 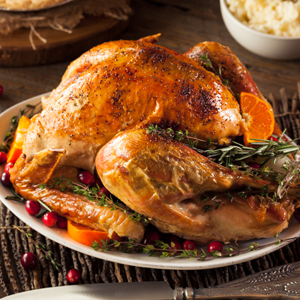